How a student’s study abroad experience benefits their home institution 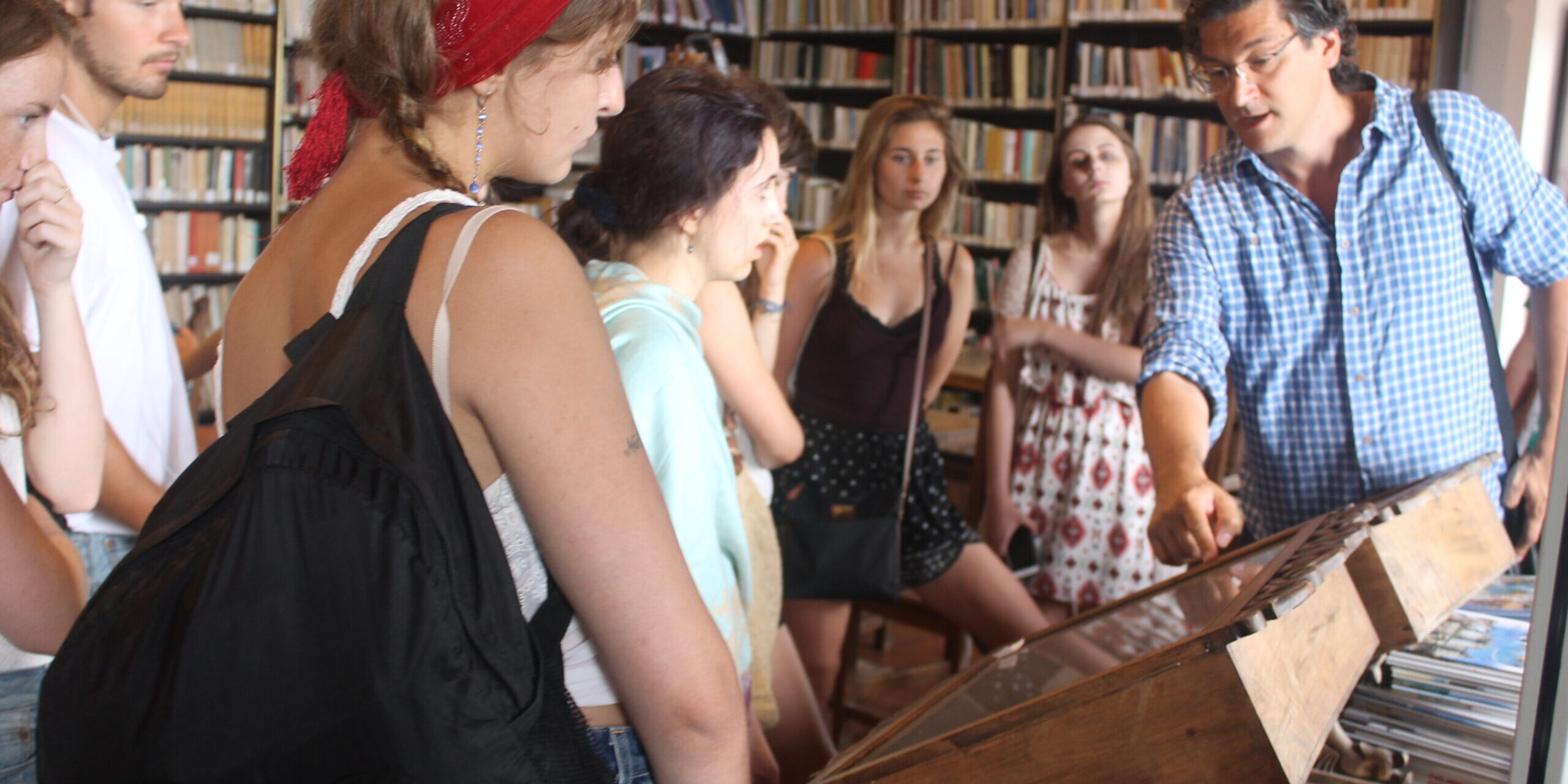 Study abroad experiences are encouraged for a variety of reasons.

Most often cited are improved language skills, a better understanding of oneself, intercultural exchange, increased job prospects, and above all, the experience of living in a completely new environment. While these are excellent outcomes, one’s classroom impact at the home institution is an underappreciated benefit. Upon returning from a semester abroad in Sicily, students often feel a burgeoning desire to talk about what they’ve been up to for the past four months. Classroom discussions become a natural outlet for this, and the discourse is enriched as a result of their personal insight.

There are several instances in which one’s travel experience could enhance exchanges within the classroom.

For example, during a discussion in an Italian literature class about Salvatore Quasimodo’s hermetic poetry, a personal anecdote about a visit to this author’s museum in Eastern Sicily would liven the discussion, and allow the experienced student to contribute supplementary information. Or in an art history class: a monotonous lecture on the Mona Lisa could be vivified by a student’s account of their trip to the Louvre. Their experience of having to tip toe around or brush shoulders with fellow onlookers in order to steal a glance of this minuscule Da Vinci masterpiece could open up a spirited debate about the commercialization of art in the 21st century or how a work can evolve into a cultural icon. Essentially, every professor stands to gain from having a student that studied abroad in the classroom. Not only for their worldly knowledge, but also for their global perspective.

Expanding one’s outlook from the local to the global perspective is fundamental to achieving a more complete understanding of the world.

Travel is truly an excellent catalyst for this. I still vividly remember hearing American pop songs all over France and Italy, and seeing Sicilians sporting NYPD (New York City Police Department) hats and American University sweaters (little did they know that we actually have an American University in Washington D.C). As ostensibly trivial as these observations were, they have stuck with me, because it was then that my understanding of the United States’ massive sphere of influence concretized. Our countries mutual cultural consumption was no longer just conceptual to me.

The Babilonia – Study Abroad Academic Programs Center is the ideal place to broaden your worldview. Typically, the students come from many different corners of the globe, so you won’t just be surrounded by your compatriots. Therefore, your learning is not confined to Italian culture. During my semester, I met German, Austrian, Swiss, Japanese, French, English, and Scottish students, just to name a few. Because of the communicative focus in Babilonia’s pedagogy, we frequently exchanged our opinions on various topics, and pointed out the differences between our countries. The more I spoke to people, the more I began to notice consistencies in the European mentality. For example, Europeans generally seem to be less laser-focused on work than Americans. Even my Austrian housemate told me I spent too much time working or studying and that I needed to just slow down and enjoy life — this is really a Sicilian mentality. I also noticed a general sense of satisfaction with their social safety net, and pride in their countries’ efforts to stop the effects of climate change. It just so happens that Taormina announced they will be promulgating a plastic ban next summer. I never expected a small town in Sicily, even with its fame as the region’s touristic capital, to be such a cosmopolitan environment. This makes Babilonia a special place for intellectual ferment in our globalized world.

After my semester in Taormina, I unfortunately had to return to my life in the United States. I spent the summer working, and then started my senior year at Marist College a couple of months ago. Hearing myself speak in class and with my professors, I noticed a change in myself. Naturally, my Italian had improved by leaps and bounds, but I had also become less reticent and more observant of cross-cultural connections. La Nouvelle Vague we studied in my French cinema class reminded me of the Italian Neorealismo film movement, and the Sicilian sfincione I read about appeared to be the true predecessor of what we call the Sicilian slice here in America. Hopefully the fruits of my four months at Babilonia contributed to my classes here at Marist and the discussions we have had in them.

Benefits at the home institution transcend mere classroom colloquy, however.

As a French and Italian coach at my college’s language center, I interact with foreign language students on a consistent basis. Many of them who come in for Italian help have Italian heritage and a large portion of them have parents or grandparents who emigrated from Calabria, Campania, or Sicily. I relish lauding the jaw-dropping landscapes of the trinacria and revel in telling anyone who listens that the sonnet was invented in 13th century Sicily by Giacomo Da Lentini, not by Shakespeare in 16th century England.

These exchanges are most satisfying when I am speaking with someone whose ancestors are actually from the territory. Seeing their eyes light up as they hear about their homeland’s cultural and natural exceptionalism seems to invigorate them to learn more about all things Italian. Evidently, we study abroad alums are the porters of our prior host country’s culture. We leave breadcrumbs from the places we’ve been here and there, turning heads of passerby, and even, in some cases, leading others down the same path we took, so they too can learn from and admire what we once did.

Not only are study abroad students more likely to graduate than those who stayed on campus, they also report higher GPAs than their peers, according to a Georgia study.

These are impressive statistics and should entice the outcome-focused university system even more than before to send their students abroad. According to the University of Iowa, their study abroad students are 44% more likely to graduate. Clearly, this ‘high-impact activity’ pays off for the university, not just the student.

Studying Italian in Sicily Beyond any Stereotype!
5 April 2022

How long does it take to get to the next level of Italian?
9 August 2019