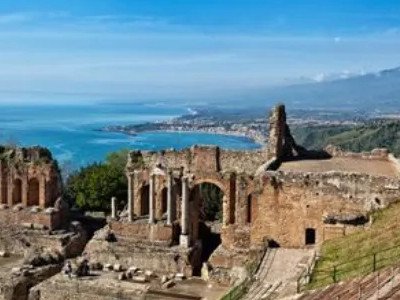 Welcome to our Italian language school

Do you know that the Italian center BABILONIA was the first Italian Language and Culture Center in Southern Italy?
Discover the history of BABILONIA 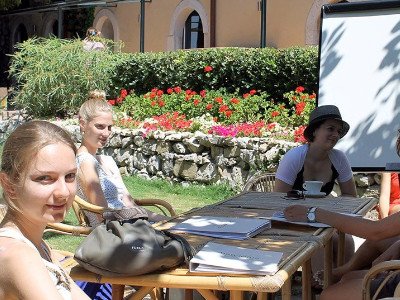 10 good reasons to study with us

10 reasons to enroll to our Italian language courses
Discover Now 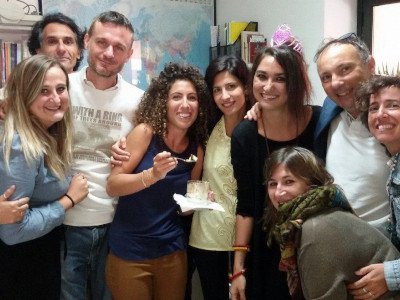 Our teachers are qualified to teach Italian as a second language. And have a big smile too!
Discover our teachers 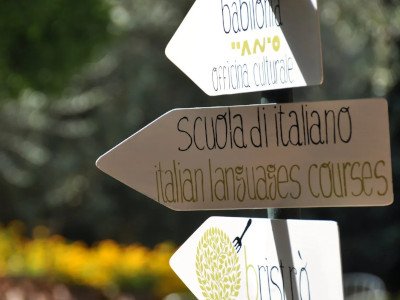 Your money is important to us, do not waste it in a school with no accreditation. Our Italian school is accredited nationally and internationally.
Check out our accreditations! 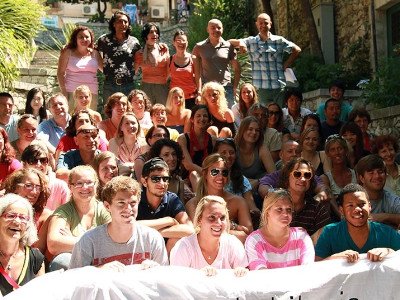 Learn Italian with people from all over the world and of all ages. We welcome diversity and intercultural exchanges!
Check out our accreditations! 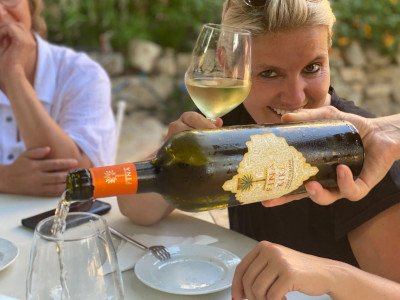 BABILONIA can satisfly your appetite for language, culture and… food too!
Discover our Cafetteria & Restaurant 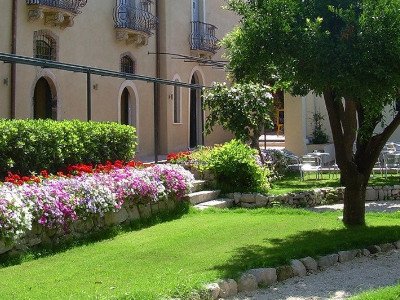 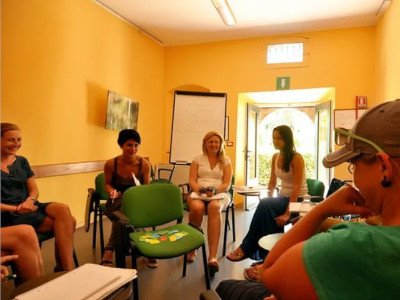 How do we teach Italian in our school

Is your goal to learn real Italian and speak it fluently? Check this out!
Discover our teaching method 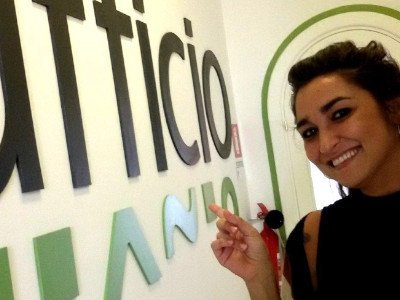 The beating heart of our school is Antonio, Maria, Natalina, Marina, Peppe, Giorgio…
Discover our staff 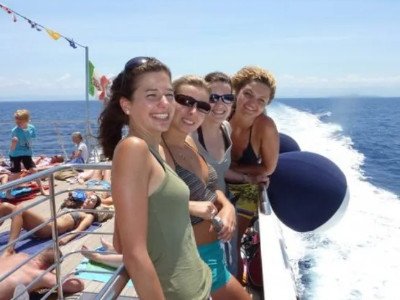 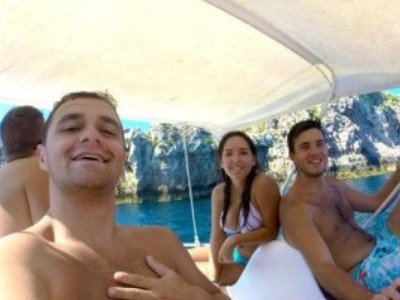 Enjoy our videos and immerse yourself in our daily life!
Discover our Video Gallery 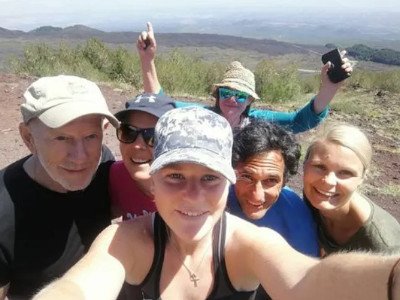 Enjoy our photos and immerse yourself in our daily life!
Discover our Photo Gallery

At BABILONIA, we are proud to offer a range of Italian language courses to suit your various schedules and needs to study Italian: from individual and group courses, to intensive courses and exam preparation. And, in addition to our Italian language training, we run a cultural activity programme, so that you can also enjoy your stay in Taormina, Sicily at its best!  You will be immersed in a unique culture and rich history, surrounded by some of the beautiful views in Italy: the Bay of Naxos and Etna on its background!

You may wonder “Why should I choose your Italian language school and not another?”

Here some good reasons why!

BABILONIA has been a leading provider among the Italian language schools in Italy since 1992. In fact, we are the oldest privately-run Italian language institute in the South of Italy. We operate a completely transparent quality assurance scheme and are inspected on a regular basis by National and International accreditation agencies. Our commitment to our students’ success, as well as our excellent staff members have helped us establish a worldwide reputation for providing first-class training.

Our school is hosted in a historical villa named Casa Silva, right in the center of the beautiful Taormina, only 200 meters away from the Greek Theatre. You will have the chance to enjoy a unique language learning experience in classes perfectly set up to favor teaching Italian and, after class, enjoy the cafeteria and restaurant services offered in the breathtaking garden. And… in the nice sunny days, enjoy our garden as a class setting too 😊

Where else would you go to learn Italian if not in the beautiful Taormina, away from a crowded and smoggy city, in a setting with more than 2.500 years of history with an enormous cultural heritage and close to the sea and the beaches?!
And, on top of the nice and mild climate of the South of Italy throughout the whole year, the people in Taormina will always welcome you with a warm and fun hospitality

A variety of Italian language and cultural programs

We think that the Italian language should not only be practiced inside classrooms but also learned through real-life experiences.

If you do not want simply to sit in your class but have also the chance to enjoy some unforgettable social and cultural activities during which immerse yourself in the Italian language and culture, you have landed in the right school!
We offer a weekly social and cultural program, with several free activities for all students at school. This program is already included in the course price. But, if you want to add some specific extra courses to your Italian language course, you can choose your best option among cooking classes, food & wine tasting, scuba-diving, trekking, ceramics, and so forth and so on.

At BABILONIA you can count on warm and personal care and on solid academic experience in teaching Italian as a second language.
Our reputation for providing top-quality Italian courses is a result of our dedication to focusing the learning process on communication. In our school, you will not simply learn a meaningless series of grammar rules, with us you will learn how to really communicate and interact with Italian native speakers!

Who are your students?

Our students come from all over the world, mainly from Europe (Germany, UK, Netherland, Switzerland, France, Spain, Sweden, Austria, etc,), North America (U.S. and Canada), South America (Argentina and Brasil), Japan, Russia, Australia. The nationality mix favors the interaction in Italian among our students as their common language.
Not only, our school is multi-cultural, but it is also multi-age. Our students are aged from 18 to 75+ years old. The different ages in our classes enrich the cultural exchanges.
You will walk away from our school with many more friends than when you arrive and certainly with a richer personal and cultural experience!

Are you the best Italian language school in Italy?

Among the many, we have been voted as Star Italian language school by international agents specialized in the study-abroad sector. The University for Foreigners of Perugia and the University “Ca Foscari” in Venice also accredit our school. We have also been awarded the “Premio Cultura” by the Municipality of Taormina.

You need to keep in mind that being an accredited Italian language school means submitting to external inspections run by third independent bodies, a guarantee of quality for you! Unfortunately, quality costs… Please, keep it in mind when you choose a school!

How is the Italian language in Sicily?

From time to time, we are asked the following question: “Will people be speaking in Italian or will they be speaking in Sicilian?” or “What will be the language spoken?”

It is essential to realize that every region (almost every town) has its own different “local language” in Italy. For linguists, there are no linguistic differences between language and dialect, but a language is recognized by all speakers in a given country and has an official character, which is denied to dialect, which is restricted to a specific geographical area.

Therefore there is a “local language” in the Veneto region, and another in the Lombard region, and another in the Liguria region, or in Sardinia, or in Apulia, or in Campania, in Calabria and even in Tuscany, worldwide known as the cradle of the Italian language. And there is one in Sicily too. Each “local language” (dialect) is almost completely not understandable by people living in other Italian regions.

Standard Italian is somehow a “young language” if you consider the number of people who have grown with it as their native language. The birth of standard Italian as a commonly broad spoken language throughout all of Italy can be dated after the I world war and particularly after the spread of media such as the radio and TV.

Standard Italian was already being taught and learned in our national education system, in our elementary schools, since Italy’s unification in 1861, but unfortunately, only a tiny minority of kids could attend the schools: the sons of the aristocracy. All the others continued to grow in poverty and… in dialects.

Therefore the truth is another: in Italy, we all are born, grow and live in a sort of bilingualism. On one side, we all study and commonly use standard Italian. On the other, we learn our different dialects “on the road” while living.

And here is a second absolute truth: local languages (dialects) are spoken only among the same local people! No one would address someone from another Italian region or a foreigner in the local language!

So do not be afraid when you choose an Italian language school in Italy! In all schools, you will be taught in a very good standard Italian and everywhere Italian people will address you in a very good standard Italian. It may just happen that, living on the road, you may pick up some Sicilian words in Sicily, some Venetian words in Veneto, some Roman words in Rome. Dialects express the local culture at its best and are mostly used to make jokes nowadays. Have fun then!

Can I also learn Italian online with you?

Absolutely, yes! You can learn Italian online with us, comfortably sitting in your living room at home! Check our online Italian courses!

Our Italian language school
in a glance!

Max number of students per class: 10 (12 from mid-May to mid-October)

Number of levels: 7, according to the Common European Framework of Reference for Languages

Max age of students: No limit