Welcome to Babilonia – Center of Italian Language and Culture 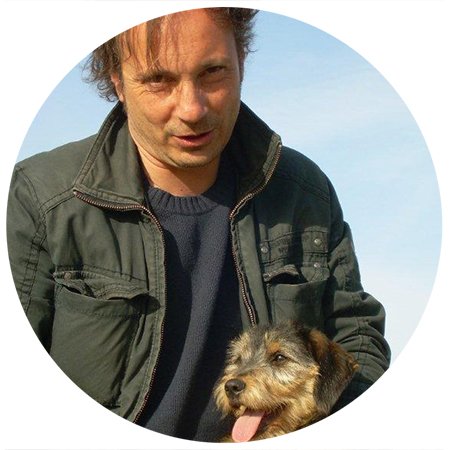 Why did I decided to begin this adventure in 1992?

Up until then, whoever wanted to take an Italian class for foreigners could only do it, for the most part, in Italian schools located on the Roma-Perugia-Siena-Firenze axis. To the south of Rome there were very few possibilities, none in Sicily.

For me, a Sicilian from birth, it was really impossible to accept that foreign students, lovers of Italian language and culture, could not learn about the enormous cultural inheritance that resides in Sicily.

I wanted people to know more about this island

For me it was absurd that foreign lovers of Italian language and culture did not know that the empire of Syracuse, at the time of Magna Grecia, was an immense empire, defined by some as “The First Empire of the West,” and extended to Tuscany, where it came into contact with the Etruscans (period of hellenization of the Etruscan culture), until the Marche (Colony of Ankon, today Ancona) and to Veneto (Colony of Adria). An empire so big and powerful that it instilled so much fear in the great Athens that they declared war against Syracuse three times. The fame of Syracuse, at the time of Magna Grecia, drew men of culture from all over and made it become a cradle of art and science. Men like Plato, who wanted to instruct his “Republic of Philosophers” here, Pindaro, that dedicated it verses of poetry, Eschilo, who presented his opera The Persians for the first time in the Greek Theater in Syracuse.

For me it was implausible that foreign lovers of Italian language and culture did not know that the first book of gastronomy the Hedypatheia, or the Poem of the Gourmet – was written by Archestratus in Sicily in the fourth century before Christ.

For me it was crazy that the foreign lovers of Italian language and culture did not know the literary and architectural marvels of the Islamic era in Sicily, from the poems of Ibn Hamdis to the marvelous mosques later converted into Christian churches by the Normans.

For me, it was unreasonable that the foreign lovers of Italian language and culture did not know that, in the Middle Ages, the language of the Sicilian School of Poetry in use in the Court of Frederick II, Stupor Mundi, constituted the first Italian literary language and that the sonnet that influenced Tuscan stilnovisti was invented in Sicily and Dante himself in his De Vulgari Eolquentia wrote “We will first investigate the nature of Sicilian, because we see that vulgar Sicilian is attributed with fame superior to all others: that everything that the Italics produce that is poetry is called Sicilian…” granting the poets of the Sicilian school primacy, not only chronologically, of formulation of a poetic code of the “language of yes” (“quod quidem retinemus et nos, nec posteri nostri permutare valebunt”).

For me, it was unacceptable that foreign lovers of Italian language and culture did not know that the oldest parliament in the word was convened in Sicily for the first time by King Roger II in 1130 in the Palazzo dei Normanni in Palermo.

For me, it was unbelievable that foreign lovers of Italian language and culture did not know that the first movie with underwater footage was filmed in Sicily in 1946 by the guys from Panaria Film or that in 1939 Ugo Salitta of Catania presented the first animated short at the VII International Exhibition of Cinematic Art of Venice, the first example of a film with animated puppets “without strings,” entitled “Heads of wood” or “Pisicchio and Melisanda,” precursors of what would later be cartoons.

For me it was inadmissible that foreign lovers of Italian language and culture did not know that the first instances of democratic inspiration started in Sicily and that the first protests of a mass, socialist movement in Italy, the Fasci Sicliani, took place in Sicily in 1891.

For me, it was implausible that foreign lovers of Italian language and culture did not know that, from a literary point of view, few regions, maybe none, could list such a vast heritage.

For me, it was therefore absolutely unacceptable that Sicily was being used as a synonym for mafia and that Sicilians were automatically being remembered as mafiosi, almost like a genetic deformation, and that it was not instead immediate and automatic to think that who fights on the front line against the mafia are the Sicilians themselves, tenacious, proud, brave Sicilians. It’s humiliating that the national and international attention is always on the mafia and never on the antimafia, unless there is eye-catching news.

Sicily is a land of contradictions

Sicily has seven UNESCO sites, two Nobel Prizes for literature, an archeological, artistic, and monumental heritage of over 2,500 years, an enormous cultural baggage left to us by the Phoenicians, Carthaginians, Greeks, Romans, Byzantines, Arabs, Normans, Spanish and a marvelous nature that goes from the Aeolian Islands to the vulcano Etna, from the dozens of nature reservations to the marvelous countryside where products of excellence are cultivated, all free of GMOs because Sicily is also GMO-free and therefore oils, wines, cheeses, vegetables, fruits, etc are all products of excellence that give life to a gastronomy that has scents and influences that arrive from Ancient Greece, the Arabs and the Spanish. How could one not go ahead and say that Sicily was the first melting pot in the world? A happy island where the three monotheistic religions (Judaism, Christianity, and Islam) lived together and peacefully for a long time.

You need to come here to know and understand

We want to defeat the stereotypes with honesty, integrity and pride for the history of this island. I would like for the world to stop using the word Sicily as a synonym for mafia. I would like to, as I travel around the world, say “I am Sicilian” or “I was in Sicily,” and not have people automatically reply saying “mafia” but react by saying “Oh, Sicily…the first multi-ethnic and multi-cultural society in the world,” “Oh, Sicily…where poetry was born,” “Oh, Sicily…where the food is still genuine and has an authentic flavor.”

People and foreign lovers of Italian language and culture don’t know all of this? No, they only know about the mafia. We don’t want to deny anything, we fight against this daily, humbly, in our every day life, but Sicily is much, much more than the mafia and we want to let the world know. And we would like for people to stop reasoning through stereotypes. We hate stereotypes!

This is why since 1992, the Center of Language and Culture BABILONIA in Taormina has been passionately dedicating itself to the promotion of the Sicilian cultural heritage and to the study of Italian language and culture. We put in our maximum effort to offer not only the opportunity to study Italian, but also to offer an experience of learning, cultural and human, that is unforgettable.

Taormina, a unique place for your trip to Sicily

Taormina can be a good base for a trip to Sicily to discover the roots of the culture and traditions of Italy. As Wolfgang Goethe wrote in 1786: “Italy without Sicily does not generate any image in the spirit: this land is the key to everything.” And the reason he wrote this was that, contrary to popular belief, the beginning of the history of Italy does not date back to the founding of Rome, but to Magna Grecia, from which the Caput Mundi took all over its culture, politics, philosophy, and religion.

Sicily, the island in the middle of the Mediterranean and therefore a strategic geographical position for world trade, for more than 2,000 years it was at the center of political and commercial interests of many peoples and civilizations. Everyone indiscriminately left their mark on the island: Greek theaters and temples, Roman villas and amphitheaters, Bizantine cubes, Arab mosques, Norman palaces, and Baroque architecture.

The high percentage of students who return to our school, or recommend the school to their friends, additionally attests to the merit of the Center for Italian Studies “Babilonia”.

We started this adventure in 1992 in order to spread this knowledge to the lovers of Italian language and culture.

Our Italian courses in Taormina can be the beginning of a trip to Sicily. From Taormina, it is easy to reach Syracuse, Etna, the Aeolian Islands, Catania, Piazza Armerina and Noto. And then, Palermo, Selinunte, Segesta, Agrigento, Erice, and all the other destinations where you can find the Treasures of Sicily.

Taormina, in particular, is a treasure chest of art, archeology, history, and culture in Sicily, the summary of the history of Sicily where, in a relatively small region you can see the traces that all of these populations and civilizations left behind!

My colleagues and I would be happy to welcome you to Taormina and to offer you the opportunity to learn about this island so rich of history, art, and light.

Thank you ABC school, for having ignited the flame and for allowing me to insert the first small advertisement about the Italian courses in Taormina in your brochures. Without you this marvelous adventure would have never begun!